In its better days, this chimney vented a wood furnace. But, during a winter storm, it was knocked down when snow and ice build-up slid off the roof. Why? It was constructed of stovepipe, not Class A chimney pipe.

Stovepipe is meant to be used as a connection from a stove to the chimney. It is not meant to be used as a chimney itself and is never meant to pass through a wall ceiling or living space. Because stovepipe wasn’t meant for this application, it did not have the supports needed to withstand the weight of the snow load.

This installation also posed a high risk of causing a chimney fire. The lack of insulation around the stovepipe caused creosote to collect inside of the chimney. If this creosote ignited, it would have caused a large chimney fire. 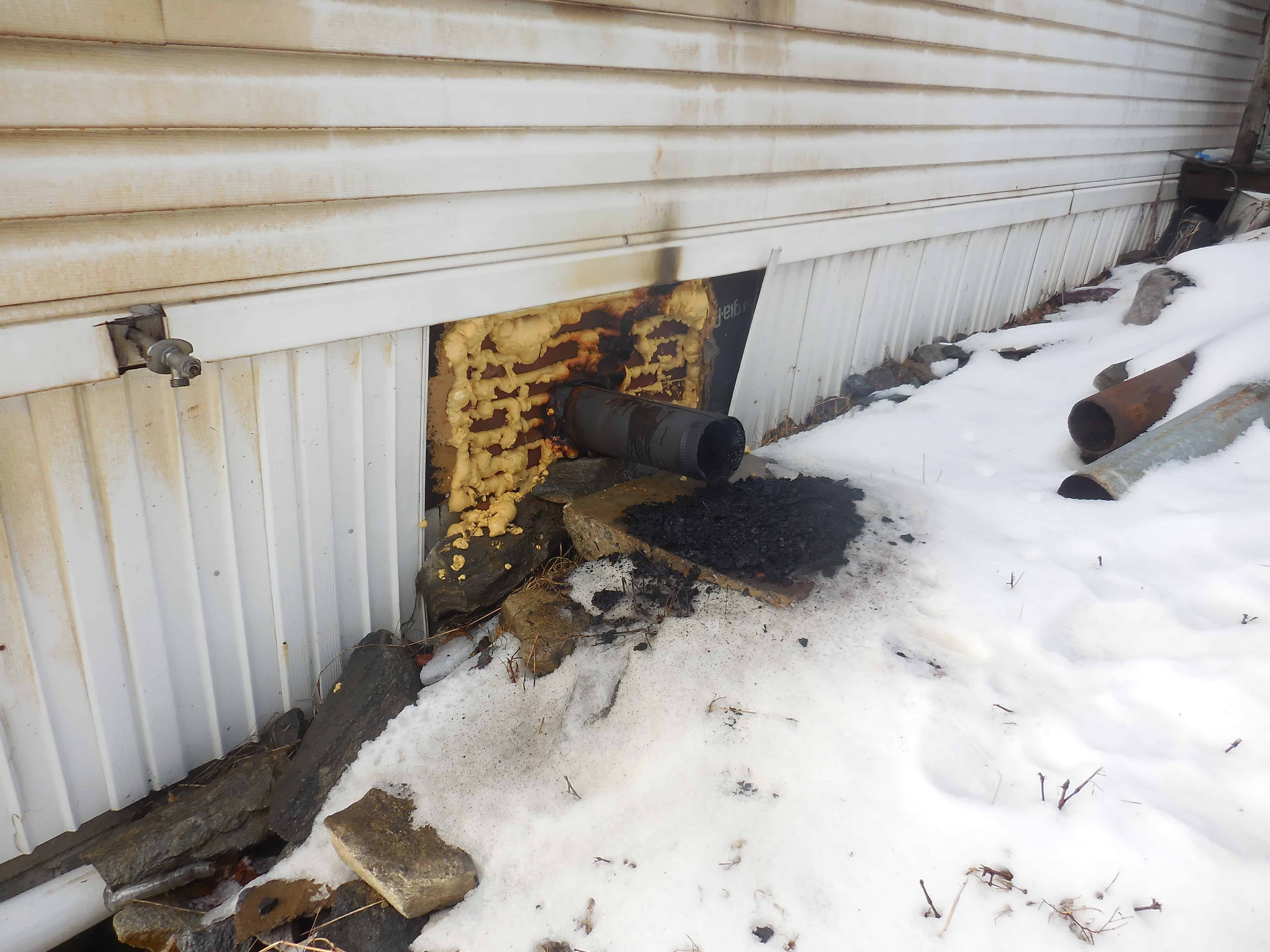