It’s hard to see what you’re looking at here if you’re not a chimney sweep. But imagine you’re looking up your fireplace into the area called the smoke chamber. It’s a narrowing passageway that connects to the chimney liner. When the smoke chamber was constructed, they used a wooden form and then poured concrete around it to build the passage way. To our surprise, the wooden form was never removed. Chimney Savers was called in when the homeowner reported smoke coming out of the chimney long after the fire had gone out.

Obviously wood should never be inside a chimney. But did you know that masonry chimneys require a 2” clearance to any combustible framing? This minimum requirement is commonly overlooked. 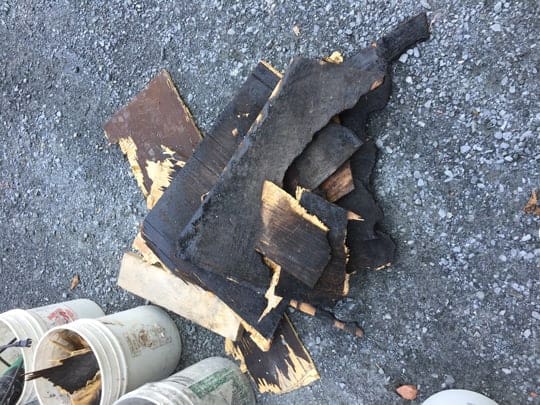 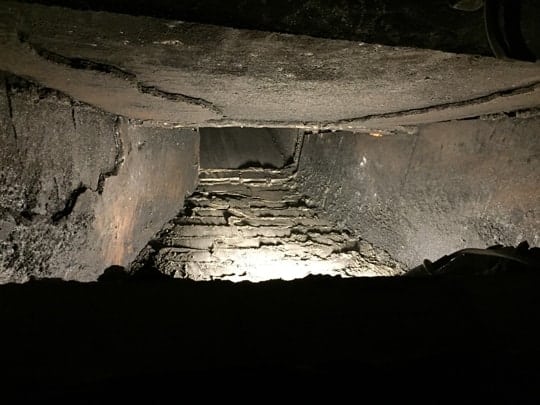